Peel Ports Group is the second largest port group in the UK, handling over 70 million tonnes of cargo per year and welcoming 15% of the UK’s total port traffic through its waters.

Our Purpose and Core Values

The Group operates two business segments, Ports and Shipping. A third segment, Marine Support Services, was operated by the Group until its disposal on 23 July 2020. 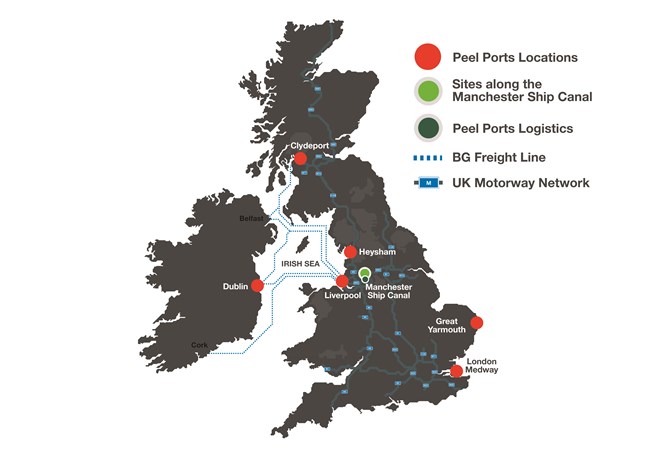 Peel Ports Group Limited and its subsidiaries (“the Group”) operate as the Statutory Harbour Authority for the Port of Liverpool, the Manchester Ship Canal, the River Medway, parts of the area along and around the River Clyde, Ardrossan Harbour, Twelve Quays at Birkenhead Docks and Heysham Port.

The Group’s assets form a strategic hub centred on the Irish Sea, with locations in Liverpool, Dublin, Glasgow and along the Manchester Ship Canal. Linked by the Group’s short sea shipping services and the Manchester Ship Canal container vessel service, the Group’s assets provide direct access to the significant hinterland of North West England and the main Roll-on/Roll-off (RoRo) services to Ireland. Additionally, the Port of Sheerness provides access to London and Clydeport to Central Scotland. Great Yarmouth, as an offshore supply base, is strategically located close to the oil, gas and windfarm installations in the Southern North Sea.

In addition to providing landlord services to the many leading businesses that operate from the Group’s port facilities, the Group also offers a value-added logistics solution to a customer’s supply chain. This includes conservancy, pilotage, berthing, facilities rental, storage, cargo handling and shipping.

The Group’s container handling offering is centred on the Port of Liverpool, which operates two container terminals, Liverpool2 and the Royal Seaforth Container Terminal (“RSCT”).

Liverpool2 is a new in-river deep-water container terminal capable of accommodating the world’s largest container vessels with smaller post-Panamax vessels the most likely primary users of the terminal.

The terminal is being constructed in two phases. The first phase of the construction of Liverpool2 saw approximately £300m invested, in addition to further investment in the port infrastructure at Liverpool. This was part financed by a £150m loan secured from the European Investment Bank and a Regional Growth Fund grant of £35m.

The second phase of the project, which is due to be completed in the year ending 31 March 2022, will further increase the capacity of Liverpool2. This phase has an estimated cost of £50m, which in the main represents investment in additional quayside and landside cranes, together with some related infrastructure works. Work on this phase had been disrupted due to the COVID-19 pandemic, which resulted in a rephased timetable, but is now progressing well.

In January 2020, the Group entered into a joint venture agreement with Terminal Investment Limited S.A.R.L. in respect of the cargo handling operations of the Liverpool2 deep-water container terminal at the Port of Liverpool.  The arrangement is intended to enable the business to achieve its ambitious growth plans for Liverpool2.

RSCT was the Port of Liverpool’s existing container terminal. It has direct deep-sea and short-sea connections to a range of countries, including the USA, Canada, Spain, Italy, Portugal, Cyprus and Turkey, in addition to a number of feeder services connecting Liverpool with the Far East, India, Africa and South America.

The Group’s two main terminals in Liverpool are complemented by container facilities at Greenock in Scotland and Dublin in Ireland.

The combination of the Liverpool2 terminal with the Group’s existing port assets and short sea shipping services in the Irish Sea and the Continent is expected to provide significant advantages to shipping lines, importers and exporters. It is estimated, for example, that 35 million consumers live within a radius of 150 miles of the Port of Liverpool.

The Group’s port operations are complemented by a shipping line, providing short sea container services between the UK, Ireland and mainland Europe and feeder services between the UK and Ireland. Operating as BG Freight Line, based in Rotterdam, the segment took delivery of four new purpose-built vessels in 2018 designed specifically to meet the needs of customers. In addition to these seven-year charters, the segment also charters other vessels on a short-term basis as required to meet demand.

A summary of some of the notable milestones in the year ended 31 March 2021 and beyond is shown below:

In FY21, Peel Ports Group reported revenues from continuing operations of £505m (2020: £556m) and EBITDA of £275m (2020: £270m). The Group’s EBITDA has increased annually for the last 10 years, including during the latest general economic downturn caused by the outbreak of COVID-19, demonstrating its resilience in challenging times. 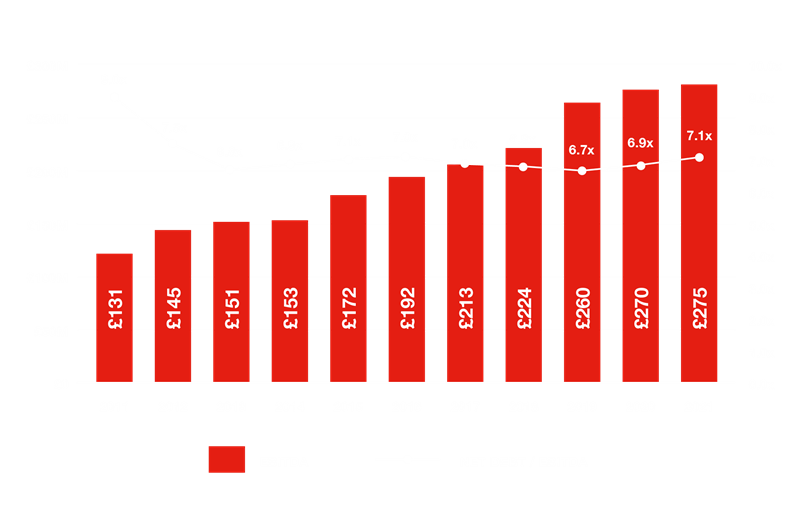 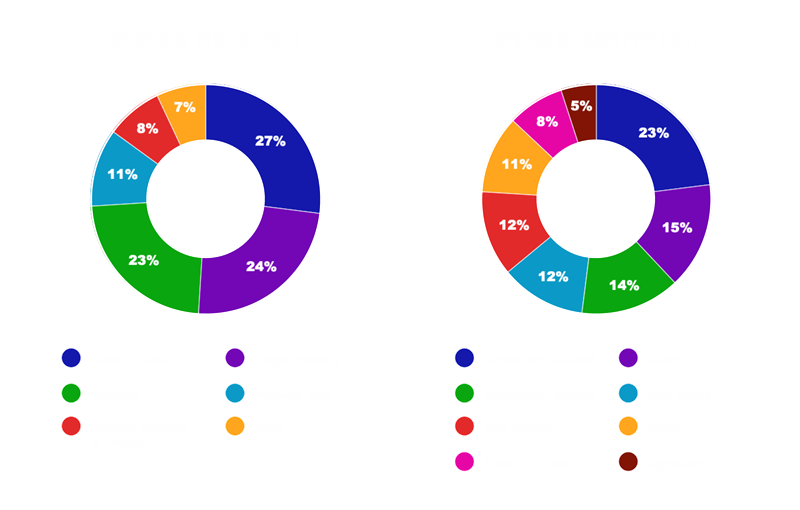 In the year ended 31 March 2021, net investment in capital expenditure totalled £124.9m (2020: £124.8m). This included further investment in Liverpool2 and new warehouses at the Port of Liverpool. Investment in infrastructure has been made at each of the Group’s principal ports. In Scotland, land adjacent to King George V Dock in Glasgow was acquired while the infilling of Canada Graving Dock in Liverpool is extending the port’s land footprint. The Group has also continued to invest in a business-wide ERP system.  Maintenance projects in the year included the replacement of the QEII outer caisson on the Manchester Ship Canal and improvement work on the outer caisson gate at Langton Lock at the Port of Liverpool.

*Following the disposal of  Marine Support Services on 23 July 2020, the above results have been presented for continuing operations only

In December 2012, the Group established its investment grade secured corporate debt programme, which was structured to enable access on a pari passu basis to bank debt, public bonds and private placement notes. The facilities were provided by an international banking syndicate and institutional investors in the US private placement market.  Since December 2012, the Group has refinanced bank debt in excess of £1bn, as well as raising additional debt to support continued investment in the Group’s infrastructure.

The Peel Group is a leading investor in infrastructure, transportation and real-estate in the UK, with collective investments and assets under management of more than £5 billion.

AustralianSuper manages more than AUD$233 billion (June 2021) of members' retirement savings on behalf of more than 2.4 million members from around 360,000 businesses*. One in 10 working Australians is a member of AustralianSuper, Australia’s largest and best performing super fund over the long term.

Established in 2006, Global Infrastructure Partners (GIP) is one of the world's leading specialist infrastructure investors. GIP make equity and debt investments in infrastructure assets and businesses in both OECD and selected emerging market countries, targeting investments in the energy, transport, water / waste and digital infrastructure sectorS. GIP manages over US$79 billion for its investors. Its funds own 40 current portfolio companies which have combined annual revenues of c. US$34 billion and employ in excess of 58,000 people.

The businesses operate through the following corporate structure: 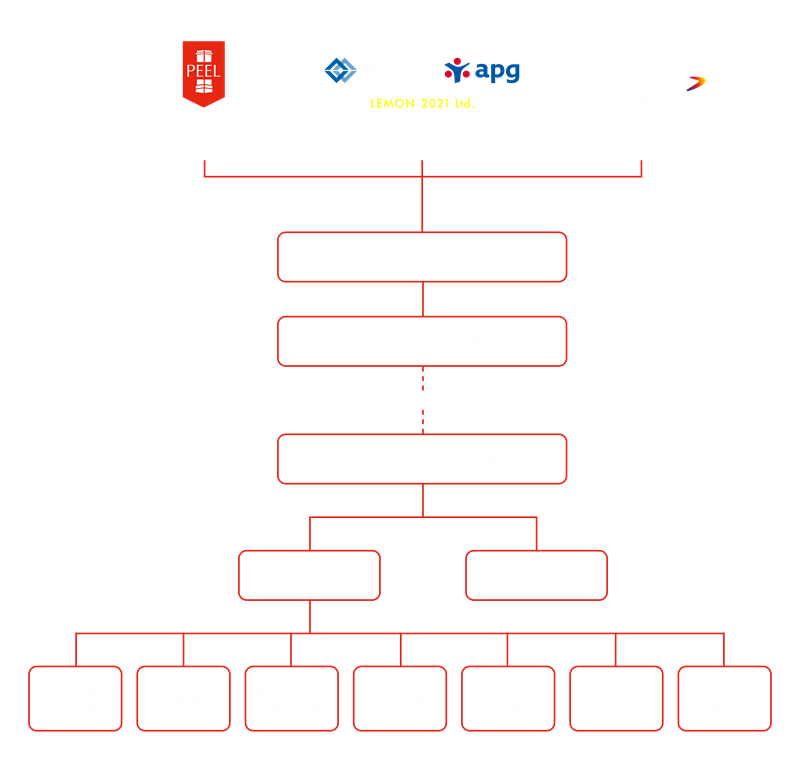