Peel Ports is the first Port group in the United Kingdom to take delivery of an autonomous unmanned survey vessel, which completed its first successful trial at Crosby Marine Lake, North of Liverpool last week.

Peel Ports offered Sefton Council the first trial of FITZROY’s services which provided hydrographic charts of Crosby Marine Lake, located a short distance from The Port of Liverpool. Its survey capabilities were able to provide valuable data of the lakebed which will feed into the upcoming planned dredging operations.

The trial also provided assurance to Peel Ports that the quality of the data is equal to that of previous surveys conducted by manned vessels. 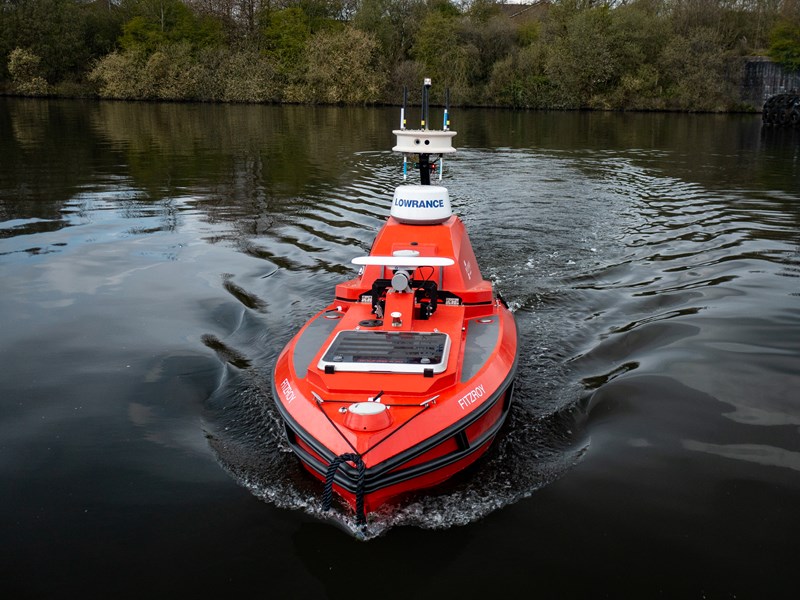 It is designed to provide autonomous solutions to improve working efficiency on the water in order to gather data about the marine environment and can be used for hydrology research, scientific exploration, hydrographic survey, emergency search and rescue and other tasks.  It uses GPS location tracking to follow pre-set waypoints and mission parameters, navigating autonomously while intelligently avoiding obstacles up to 50m ahead. The vessel communicates to the remote base station by WIFI, 4g and VHF radio.

This recent investment show Peel Port’s commitment to innovation in the marine environment whilst reducing emissions and enhancing safety.  The use of autonomous and remote vehicles is growing exponentially and we are delighted to be leading that charge in the Ports sector

FITZROY’s remote capability presents many benefits including the removal of high-risk activities generally associated with crew working aboard small survey vessel in dynamic marine environments. Its compact features will also facilitate its transportation to the Group’s multiple port locations across the UK, and will make her maiden voyage to Great Yarmouth next week.