A new Development Framework for the Hunterston Port and Resource Campus (Hunterston PARC) in North Ayrshire, one of Scotland’s most important industrial brownfield sites, has gone out to consultation.

Responses to the fresh set of proposals, which builds on a previous detailed engagement with the local community and other stakeholders, are invited over the next month.

This follows closely on the heels of last week’s announcement that owner Peel Ports Clydeport has signed an option agreement with XLCC for a 70-acre facility to include two factories producing state-of-the-art high voltage direct current (HVDC) cable for use in the subsea transmission of renewable energy.

This facility, which has entered the planning process with North Ayrshire Council, would result in the creation of 900 permanent jobs, and 400 more during the construction phase in what is a high unemployment area.

One of the key elements of the Hunterston PARC framework is a research and development campus offering an incubator space for new research mainly in the blue and green economy including renewable energy and aquaculture.

These incorporate strategies to address climate mitigation and adaptation, with Hunterston PARC aiming to support these ambitions through use of its marine yard, deepwater port and extensive land. A circular community is envisaged on the site.

The development of Hunterston PARC is part of a wider programme with the Ayrshire Growth Deal, offering around £250 million - of which £18 million is allocated for Hunterston -for the Ayrshire region to level up to other parts of Scotland and the rest of the UK.

Hunterston PARC offers an unrivalled combination of space, facilities and connectivity for Scottish industry with energy at its heart.

We’ve got nearly 1,000 acres with a third of that comprising brownfield land ready for development. It’s a fantastic opportunity for regeneration and enhancement of natural capital for North Ayrshire and beyond over the next 20 years.

The recently-announced XLCC deal option would give us an important anchor tenant, but we are also close to other major deals currently under non-disclosure agreements. Hunterston is a site with a level of infrastructure assets unique to the UK and possibly Europe, and we believe its time has come. 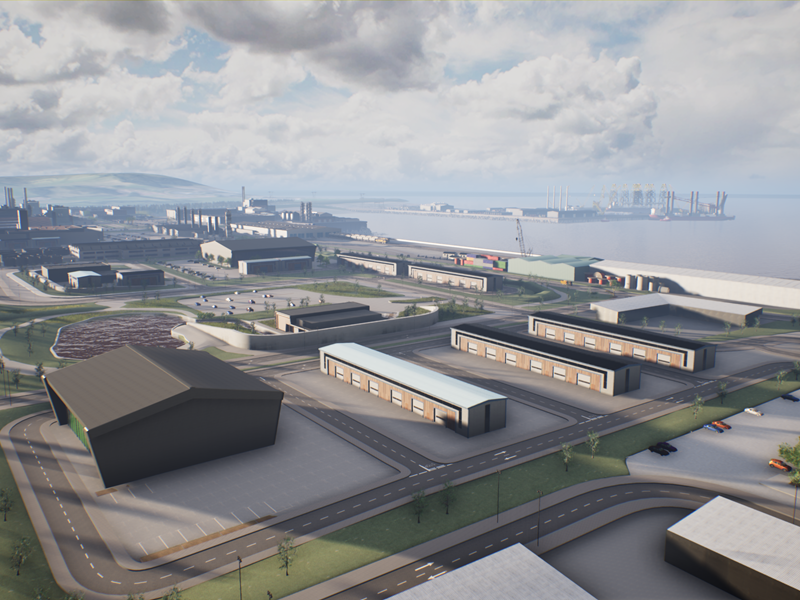 Peel Ports has published this new Development Framework for the site in compliance with Local Development Plan 2 (LDP2). It seeks to maximise the opportunity provided by the site by proposing what is seen as the optimal layout or range of uses.

There will be extra opportunities to comment on more detailed proposals as planning applications are submitted for parts of the site in line with this Framework.

The original Hunterston Master Plan was consulted upon in May 2019 over a six-week period, in which the opportunity to comment was heavily promoted, received 145 written and online responses. The findings were published in February 2020.